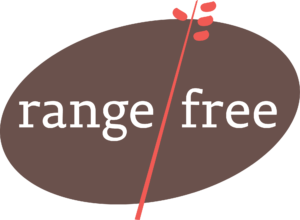 I’m gonna be real. Those blogs with 20 paragraphs before the recipe plus 15 different-angled pictures of the same object blow. They blow hard.

So here’s the recipe, first. Read the blog below if you want to learn some neat stuff!

And now the good stuff. You came this far, you deserve it

First, the personal bit. After my allergy diagnoses in 2009, I had to completely rethink how food functions and the way I ate (I know a lot y’all know!). Some of the biggest blows to my food-life were: beer, nightshades, garlic, and all things holy—dairy. When starting on the journey of substitutions, and everything in a recipe needs subbed, things get depressing fast. Add to that a life of poverty and poor nutrition...I was *not* an adventurous eater in my 20s (who is?), and sweet potatoes to me meant mushy casserole covered in sickeningly sweet marshmallows. Hard pass.

Enter a recipe for sweet potato beer soup. It was a favorite in my wheat-y days, and I always used Irish beer. Having quickly turned to the solace of hard cider in my new life, this substitution was a match made in heaven. I also replaced the ol’sweet potato standby—cinnamon—with coriander. Up the potato amount, remove the garlic, increase the S&P…BOOM…delicious soup. I nearly lived off this soup for a while; it’s economical, easy to make, uses whole foods, *and* has complexity. Here’s why:

Roasting the potatoes is *crucial* to this recipe. I’ve found many people question this step and most recipe writers do as well – opting for peeling and boiling instead. You’re not going to get the same flavor profile or texture by straight boiling, plus, no chopping needed! Here I am on my high-roasted-horse: some chemical compounds do not convert until they reach a higher temperature. Can you make a good sweet potato soup without roasting? Sure, but with a bunch more ingredients.

Here’s a question I regularly hear: to peel or not to peel. In this instance we’re talking about the apple, and mos’def DO peel the apple. If you want the added nutrition of the peels in your soup, add them as a bouquet garni to remove before blending. NO ONE wants to chew on apple peels in a soup. The roasted sweet potatoes will squeeze right out of the jackets, so no need to peel the pots. You might also be tempted to throw everything into the soup pot at once. Avoid the temptation! Each step, especially adding the cider at the end, is crucial for flavoring the soup – which, by and large, is so simplistic it’s easy to not bloom the flavors. (Don’t worry about alcohol content in the soup; it cooks off and leaves just the complexity of the apples and yeast.)

It should go without saying that quality ingredients produce quality meals, which is why range free sources sweet potatoes (and a variety of produce) from Sellmeyer Farm located in Fulton. Tammy & Greg grow 50…FIFTY…varieties of sweet potatoes, including multiple white ones (O’Henry is best if you’re looking for that starchy white potato hug), purple, yellow, orange and red, all with varying flavor profiles, textures, water content, and starch. They're also known for their "wide range of vegetables, fruit, herbs, ginger, turmeric and plants...specializ[ing] in early strawberries...garlic, heirloom tomatoes, and potatoes" which you can find at their booth at Columbia Farmer's Market.

Sweet potatoes are pretty dope. Did you know they are not closely akin to white potatoes? Sweet pots are in the morning glory family and come from Central and Southern America. Being not-really-potatoes, sweet potatoes are excellent subs for nightshade-allergies in stews, soups, cold salads, fried, etc., especially the white varieties with less water and sugar content. The tubers are also a nutrient-punch in the mouth: high in vitamin A, plethora Bs, C, manganese, potassium, and beta-carotene. Oddly enough, sweet potatoes have risen in popularity due to paleo dieting, while diminishing the very distant cousin white potato. The white tuber cousins excel in nutrition in their own manner (most notably protein and iron), and have less carbohydrates (thus less sugars) and less kcal/serving than the orangey bois. So which one is better for you?
Neither. And both. When it comes to restricted eating, nomming what is safest for you--physically/mentally/emotionally--is key for lots of reasons. BUT! That's a blog for a different time. 🙂

(573) 777-9980
*Tree nuts are not used at range free. However, the FDA classifies coconut as a tree nut, although botanically it is not, and it is used in some of our products. Some of our gluten-free flours are processed in a facility that also processes nut flours. After nut processing, the machines are thoroughly cleaned, the first 30lbs of non-nut flours are disposed (donated), and the remaining product is tested. Please ask if you have any questions!
© 2023 range free | Website design and development by Pixel Jam Digital